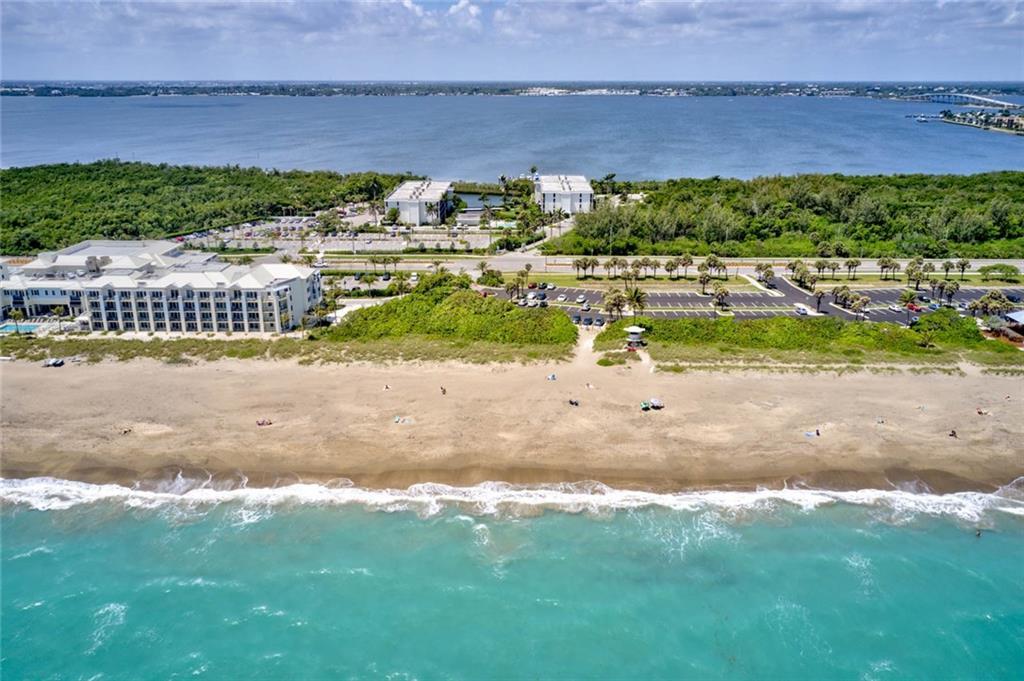 The Green Turtle Cove Condominium Complex is located just South of the Jensen Beach Causeway on Hutchinson Island in Martin County Florida.  It lies directly across the street from the public beach in Jensen beach with guarded beaches, a snack and beach volleyball courts.  Located just across the street is the newly opened Hutchinson Shores Resort and Spa.  This facility offers fine dining, hotel rooms, conference facilities and beachfront activities.

Green Turtle Cove consists of two 40 unit buildings.  The South building was completed in 1973 and the North building shortly after in 1974.  This complex in on the shores of the Indian River (Intracoastal Waterway) and has docks which are available to residents on a first come first served basis for the nominal fee of $25.00 a month.  There’s also a lake on the grounds as well as a swimming pool, vehicle wash and BBQ stations.

Each building has secured entry through a lobby and has elevator service to the four stories.  There is reserved parking as well as an ample supply of guest spots.  Each unit is 2 bedroom and 2 with 1,204 sq. ft. of living space under air and a generous balcony with views of either the lake, preserve, river and some with peaks of the ocean.

No pets are permitted in Green Turtle Cove, though there are liberal rental rules allowing part-time residents to lower their cost of ownership by leasing out their condo for a few months a year. As of December 2019, the Green Turtle condo and management fees are $420 per month.

Currently, Green Turtle Cove is one of the more affordable condos for those wishing both river and ocean access.  (I’m told there is great fishing right from the private docks.)